Unfortunately pre-construction photos of this project have been lost. The space was in horrible shape when we found it. Several layers of linoleum tile floors, two drop ceilings, at 8' and 10' respectively. One half glass entry door and a plywood opening with an air conditioner where the second door should be. The exterior upper glass was covered with brown foam backing and a cheap lettered sign sat below. The store front was part of an older building and had been meant as two narrow side by side retail spaces. A series of support columns ran at 8 foot intervals down the center of the store lending a very obvious bowling alley narrow feel to the place.

Modern Habitat designed the new store to minimize the narrow nature of the space. A novel fixture display system was developed that embedded threaded pipe flanges into the walls at regular intervals at 3 heights on both long wall sections on either side of the store. A custom manufactured stainless steel fixture collection was designed that could allow any combination of components to create horizontal rack systems, forward facing waterfalls or straight bar display racks. The system allowed a constant variety of display concepts and allowed store merchandisers endless opportunity to keep displays looking fresh. Further a central cash wrap was designed to span the distance between 2 of the 4 columns at the front of the store so as to remove them as barriers to foot traffic and visually embed them in the cash wrap to de-emphasize the bowling alley sensation otherwise prevalent.

All the old sheetrock, drop ceiling and entry doors and upper windows were replaced. Walls were blue boarded and skim coated. The new finished ceiling height was now a dramatic 12 feet. The upper light from the front window made the store bright and cheery. Displays, the cash wrap and a new custom winding HVAC duct that wended to either side of the columns all conspired to all but eliminate the narrow sense the space projected at first sight. Custom store shelf displays, dressing rooms and mirrors were fabricated in birch plywood to match the cash wrap at the center. Linoleum tiles were removed and original pine floors were painstakingly restored. All new lighting, HVAC and electric was installed along with a new stairway to the basement storage. Basement storage area was gutted, redesigned and  freshly sheet rocked. One of the two old bathrooms was removed and new bathroom installed and all was newly painted. 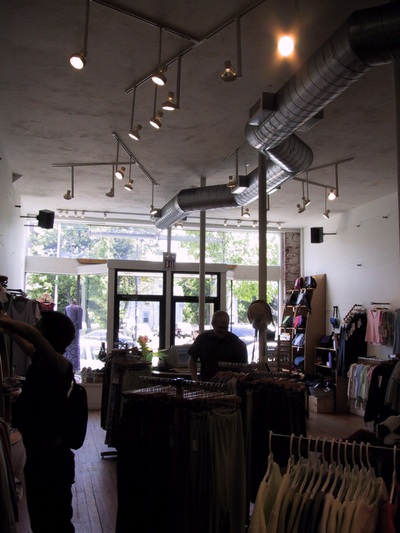 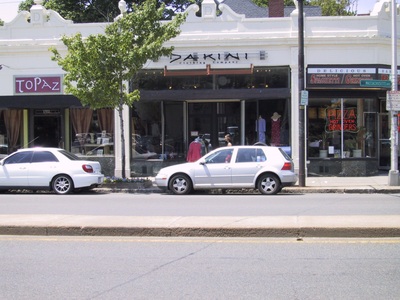 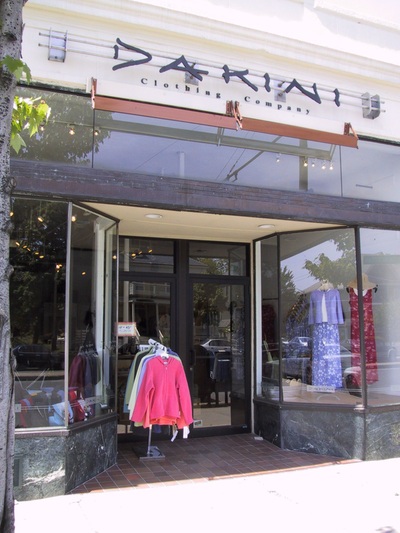 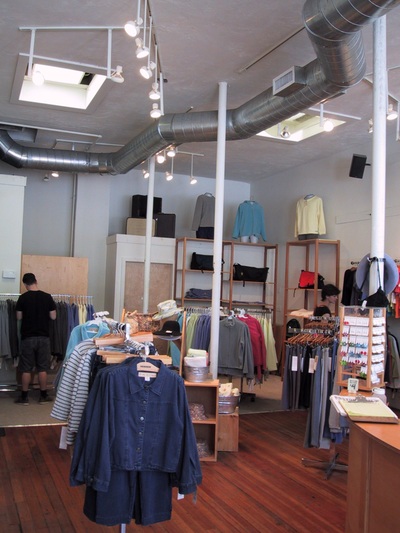 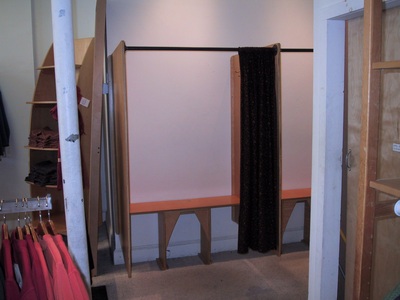 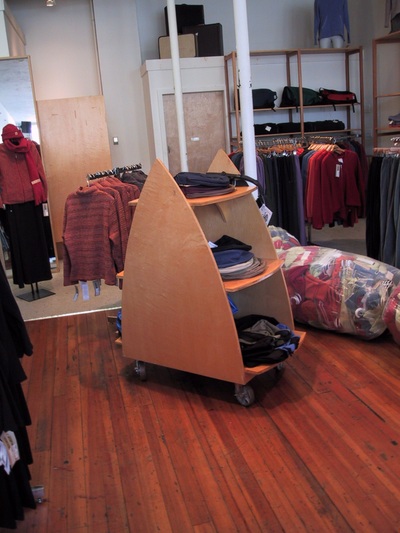 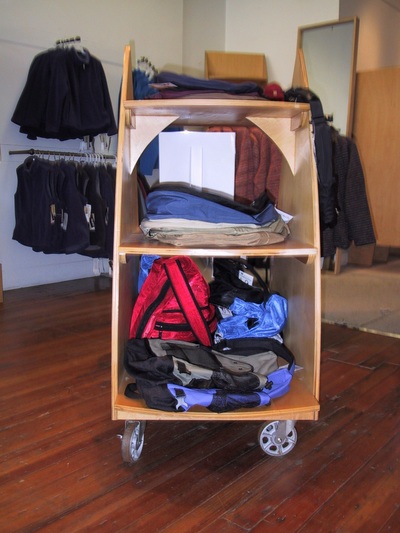 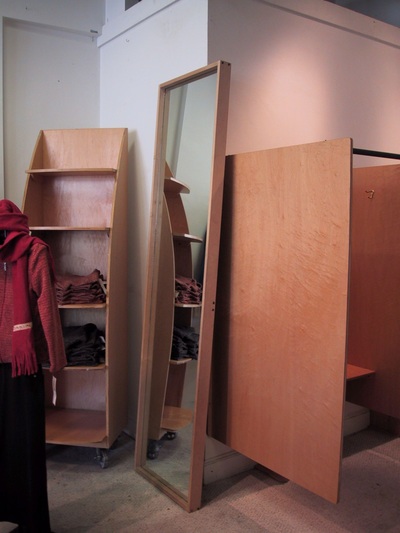